Nowadays, the standard features of any android device to capture you (Pixel matters the most). But not everyone knows the concept of Google Voice Recorder. There are lots of reasons to include this important feature in our life; it makes our life easy. Google Recorder records audio and converts it in searchable text, and it is not a necessity to require an online connection to perform transcriptions.

Google has made the Latest trend to voice processing and also introduces a brand new speech recognition system that operates in offline mode and works instantly whenever you need it. One of the significant challenges here is, you don’t need to go and buy a Google voice recorder from someplace like Amazon or Walmart anymore. Google Voice Recorder Provides advanced functionality, where you can search for voice, phrases, or words.

It has become a must for all to have to record something now and then. The voice recording application of Google enables users to multitask and record anything without requiring to have an internet connection. It further allows them to upload the data to Google Drive also can share the audio over the email.

How to use Google Voice Recorder App

Google Voice is known as an internet-based app that offers services that permit its users to view their call logs and record data whenever required. The following is needed for availing such services:

Step 1: Get a Google voice number.

Step 2: Look for Call Options, though telephone recording is currently enabled, your calls won’t automatically be recorded. So accordingly, this is depending on the customer choices. The part of the conversations will be automatically saved on the Google server.

The record files can be accessed in the following way:

Step 1: You have to log on to your accounts, then you will be able to select the recorded items and show a list of your recorded calls.

Step 2: Each of these will be identified by the date and time of recording.

Step 3: You can play it or email it to someone who can download it on your device.

For the information, all data stored on Google’s server, and it is so easy to transfer these files to someone else. If the user calls on the Google Voice number, they can record the conversation without informing the other person whom they’re talking to. If you are considering recording a call, it is essential to notify the other party of this before the call. In most countries, it is illegal to record private conversations without the prior consent of all parties concerned.

What is the best free voice recording app?

If you are a reporter creating an interview, or you are listening to an important lecture or even wish to record yourself and share it with the general public, then the following voice recorder application will assist you in a multitude of ways. The Google Voice Recorder app incorporates numerous features that tend to satisfy its users completely. The application is free and offers the user a feature for recording their voice effortlessly. Apart from that, the recorder software enables people to pause the record and resume it accordingly. Furthermore, you can acquire the previous records from the database. The most considerable benefit offered by the app is that there’s an engine that helps to boost the sound built-in. 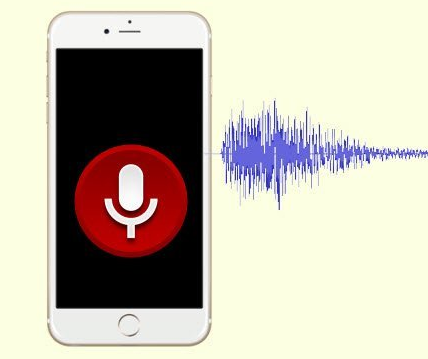 It records the audio by implementing a high-quality “16-bit” PCM format and enables the users to export and save in a variety of ways. It supports Bluetooth microphones, numerous applications input, and stereo recording from several platforms. Users have the opportunity of recording HD music using sixteen-bit configurations. Individuals can secure more space on their smartphones since the application enables them to select from several formats, including MP3 and 3GP. Furthermore, they can capture and record the noise playing around them as well.

Moreover, Google Voice Recorder possesses an aspect that enables it to automatically detect silence during a conversation and record its time accordingly. With this application, you can record group rehearsals, track where the recorded life is situated, and even convert and modify your audio files. This involves enabling a user to insert their commentary or ringtones along with a multitude of other purposes that are incredibly user-friendly.

Is there any voice recorder on my phone?

Usually, both Android and iOS smartphones have a voice recording application built in them. However, these applications do not provide the user with features that are offered by those that are downloaded from the App Store or the Play Store. They only possess standard voice recording features and fundamental formatting advancements as well. To acquire the best from an application, it is recommended to download the Google Voice Recorder and benefit from the advantages that are made available.

The only drawback of the application is the fact that it is only supported by a single smartphone .i.e Pixel 4. However, it also depends upon your APK file and seems to operate on Android devices such as the OnePlus 5T and the Samsung phone series. Finally, Google Recorder will be made available for many other Android phones as the system employed by the application requires the Android Pie as a minimum. Regarding iPhones, Google Voice Recorder can be downloaded for the Store and launched directly. The instructions to use it are quite simple and can be utilized by every iOS user.

As stated above, recording a call conversation without consent from the other person is considered to be an illegal act in numerous regions and should, therefore, be avoided. It is always best to prevent breaching any user’s privacy; the Google Voice Recorder app makes sure of it.